Reflecting on the outstanding expressive moment of the art in Byzantium and Ravenna – especially during Emperor Justinian’s reign – the Artist has explored its current value and penetrated its technical and ideological foundations, in order to emphasize the performance of its meaning in our present time. From the enchanting Byzantine mosaics of the V and VI centuries, Patrizia Dalla Valle has seized the marvelous imperial splendor. Yet, she has not restrained herself from mentioning its irreversible decline. She has then realized mostly sculptural mosaics and wall panels where one can grasp the mosaic golden and chromatic magniloquence, its iridescent and luscious texture, as its intrinsic and harmonic aesthetic value.
Luxury, pomp, the majestic gold and purple colors are elevated to nobility but also reduced in bits inexorably consumed by timed and history. 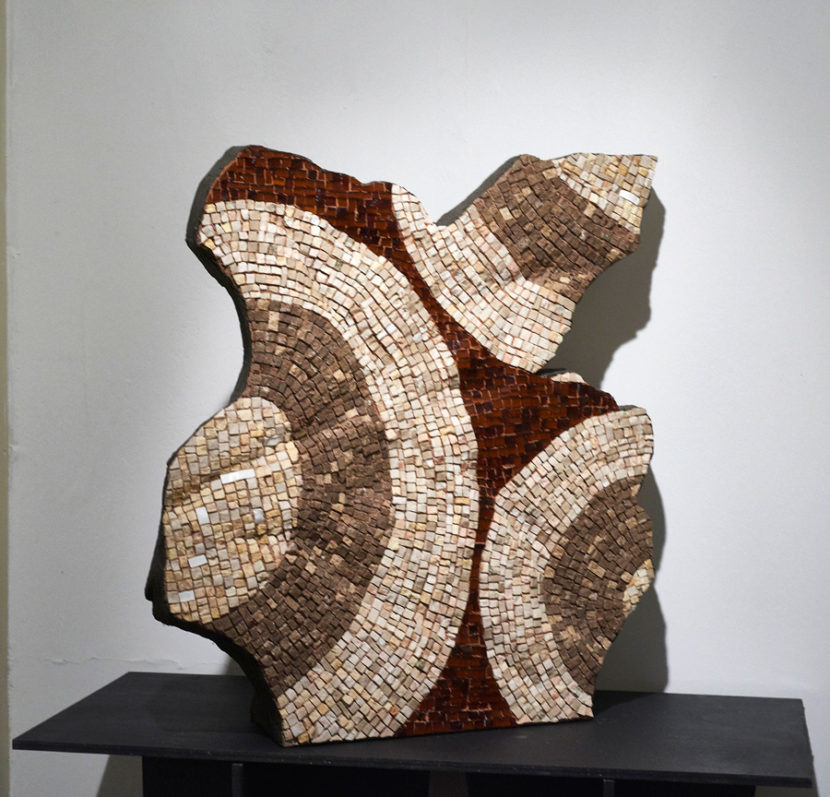 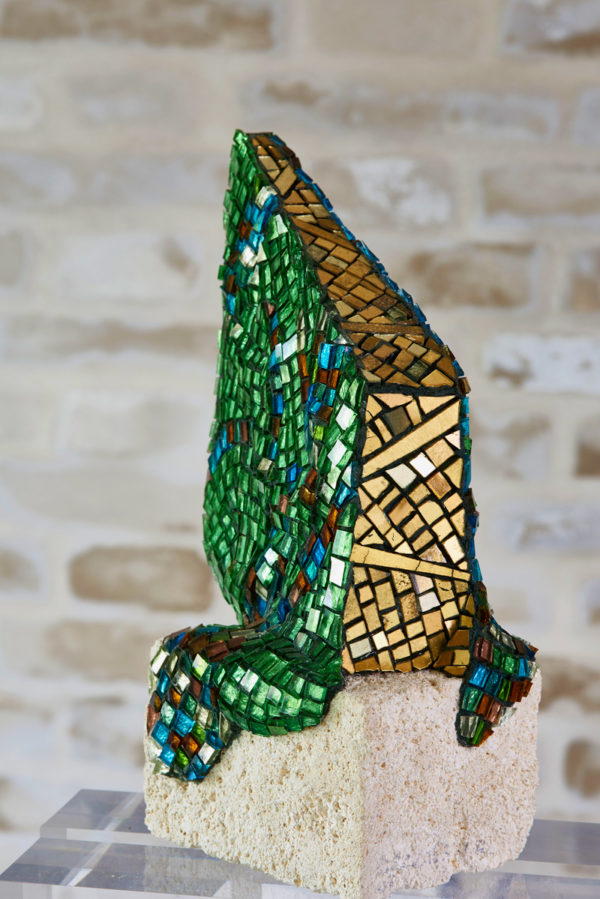 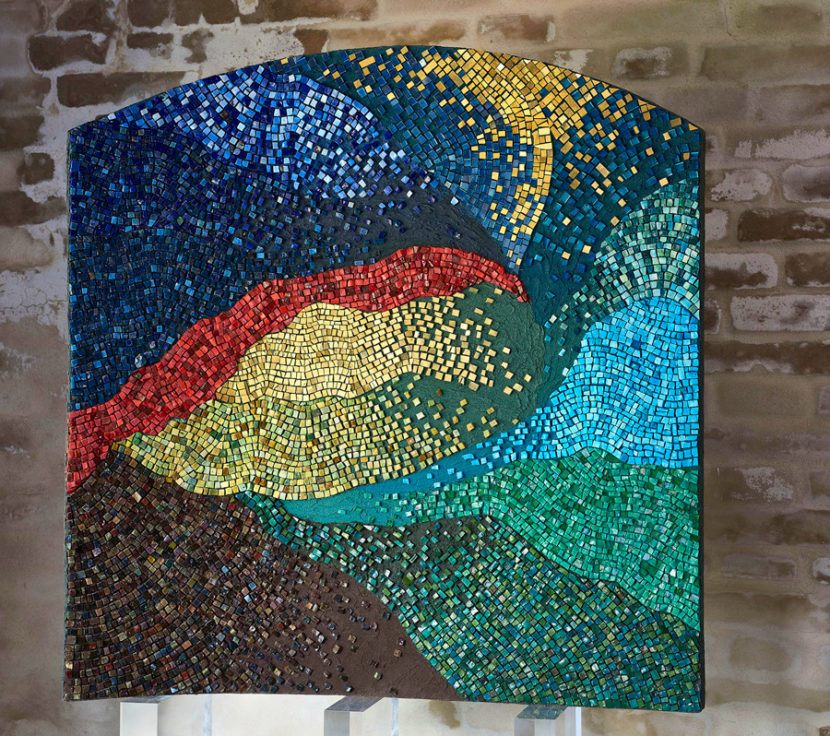 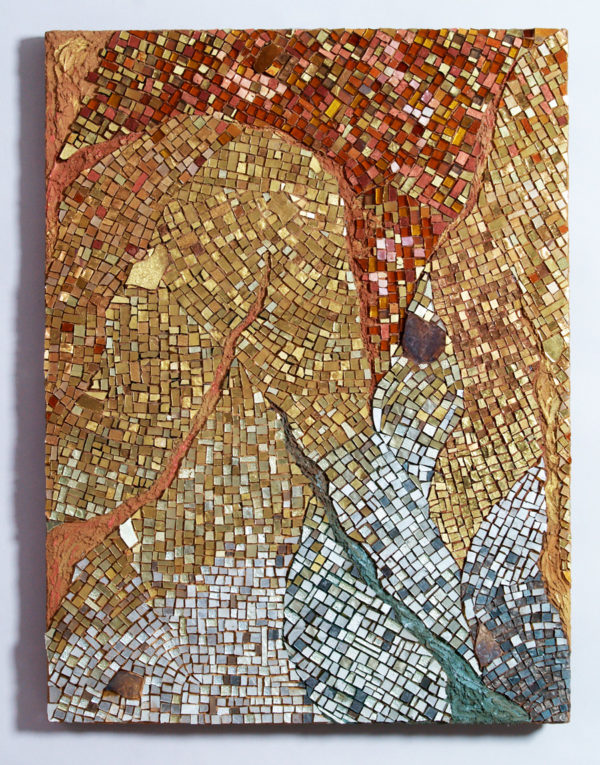 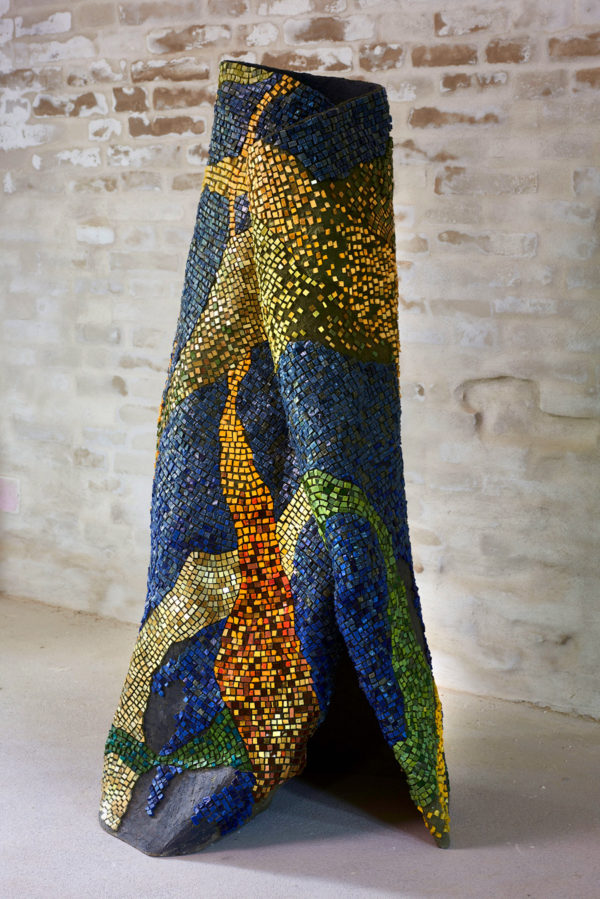 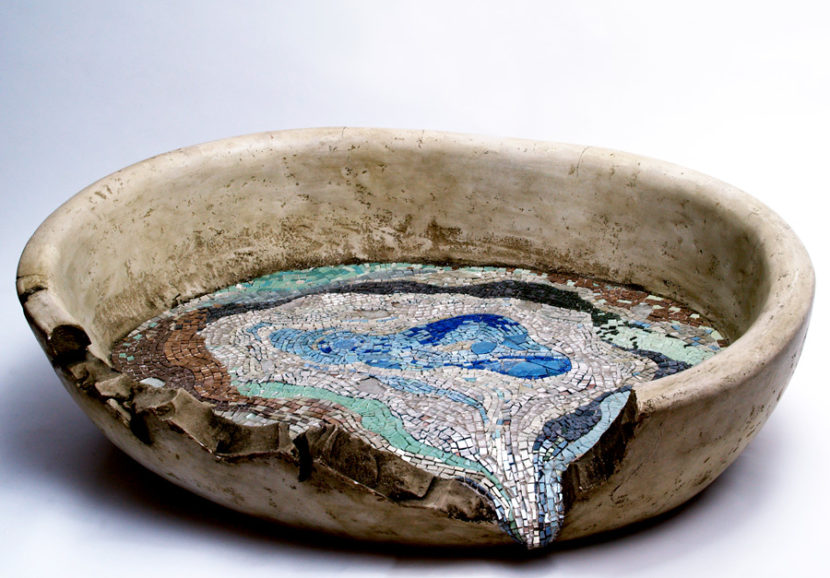 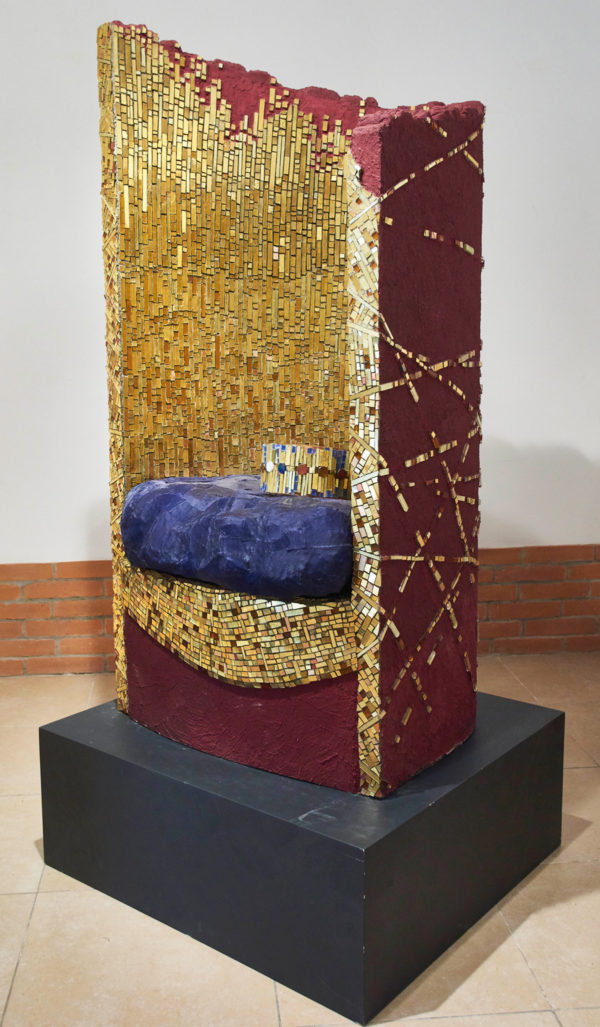 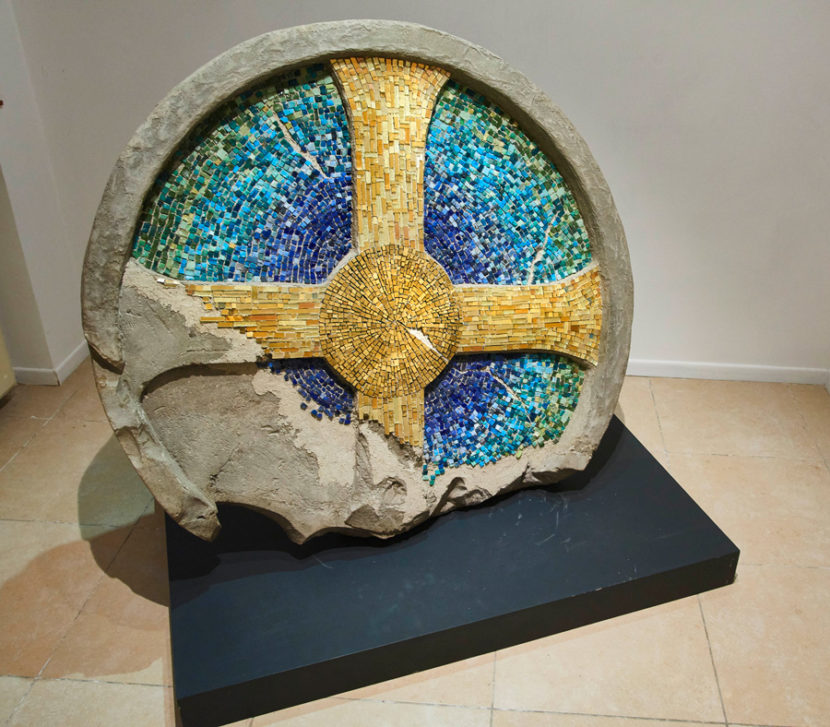 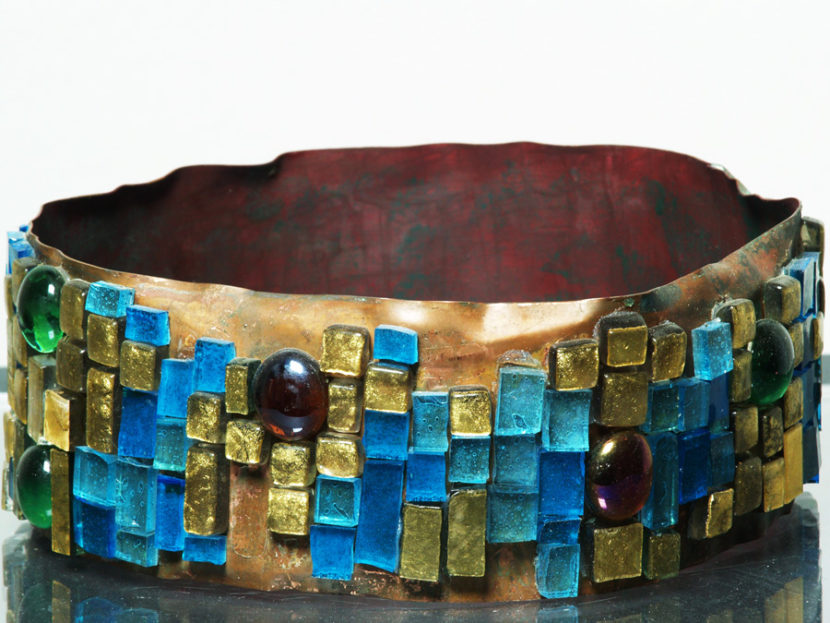 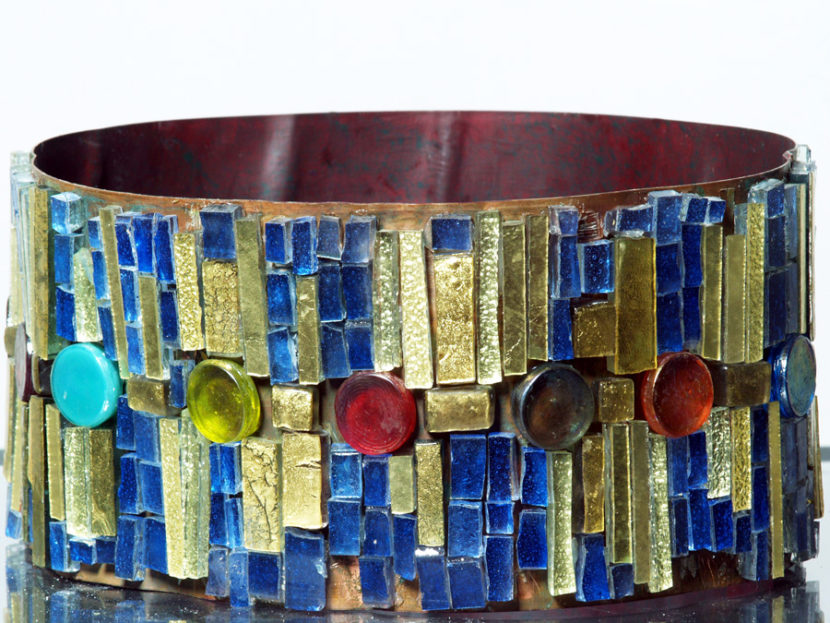 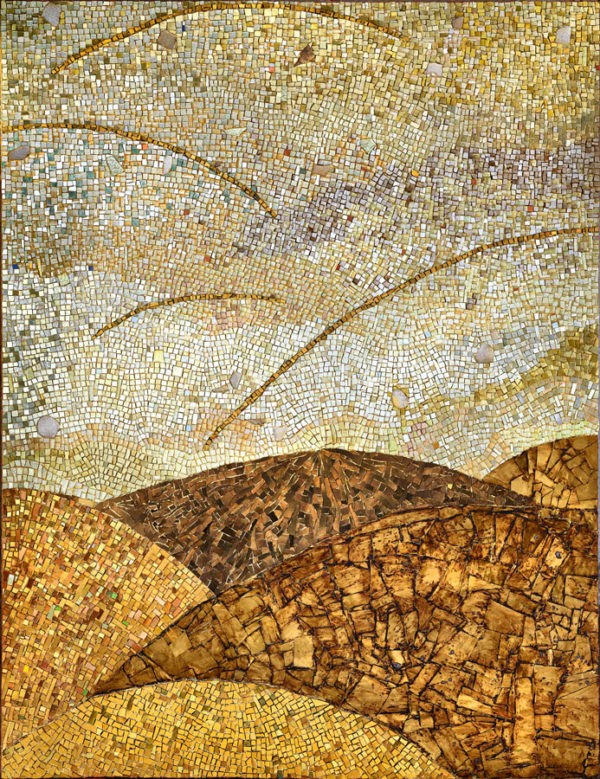 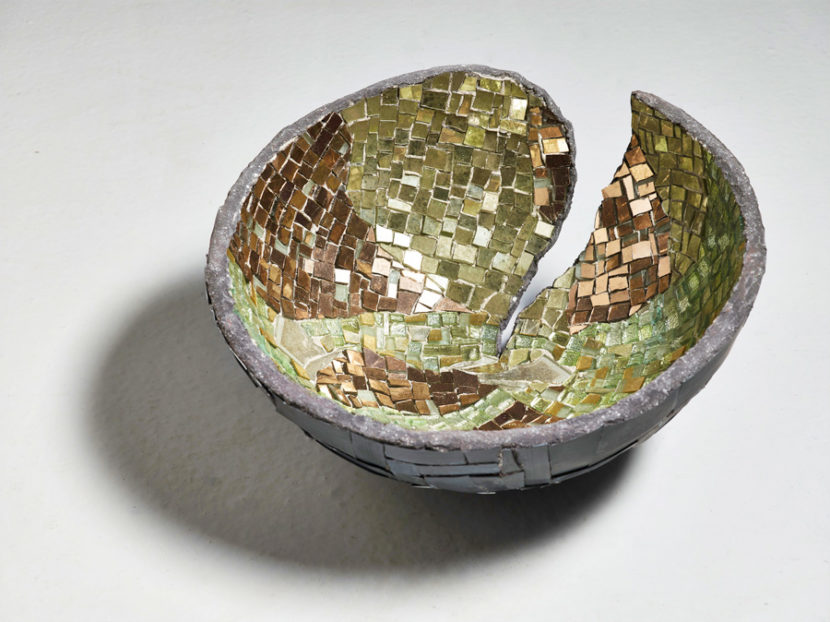 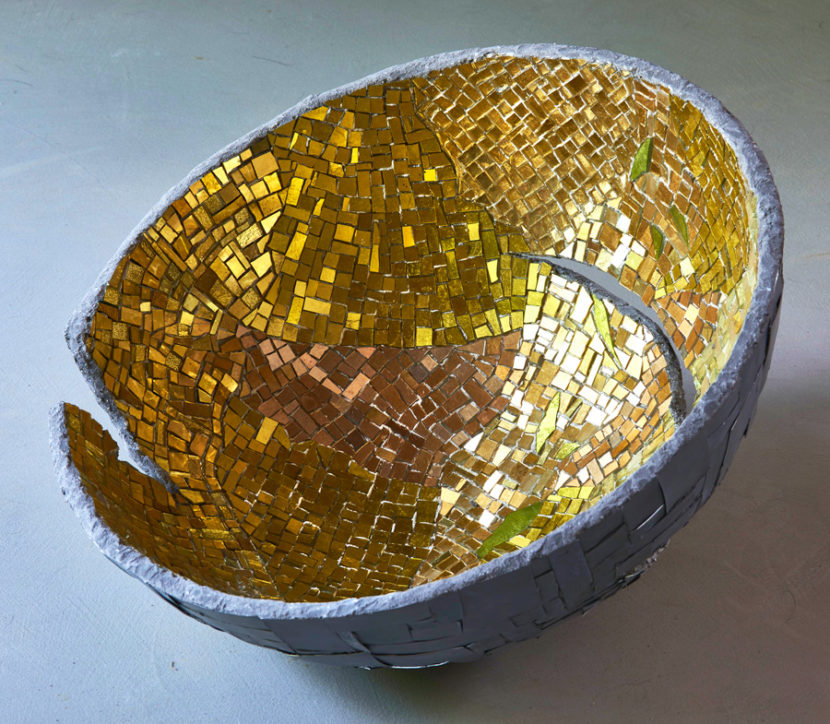 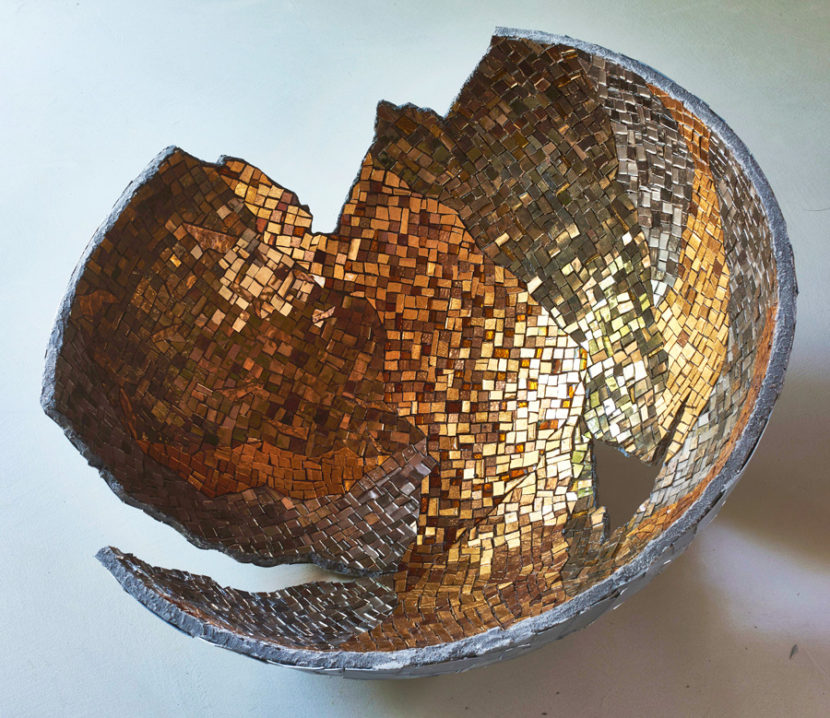 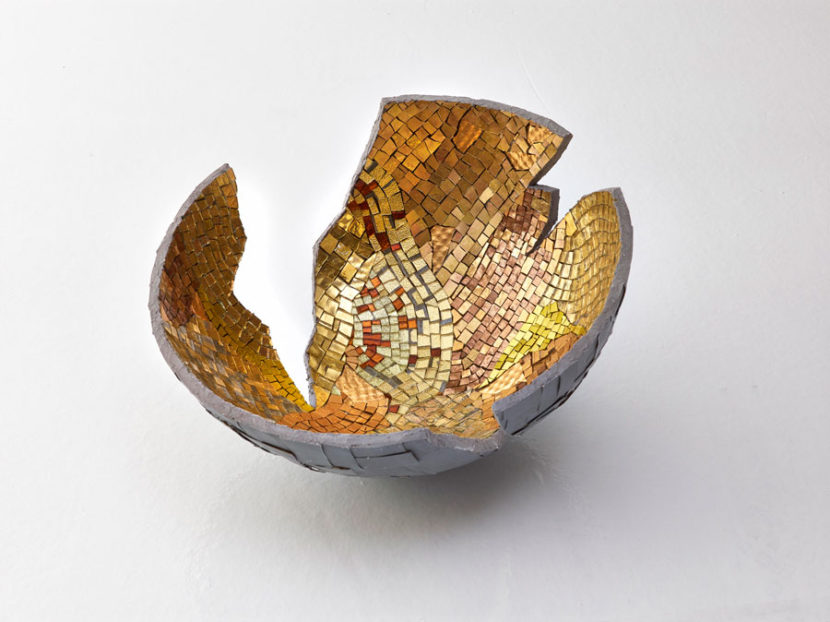 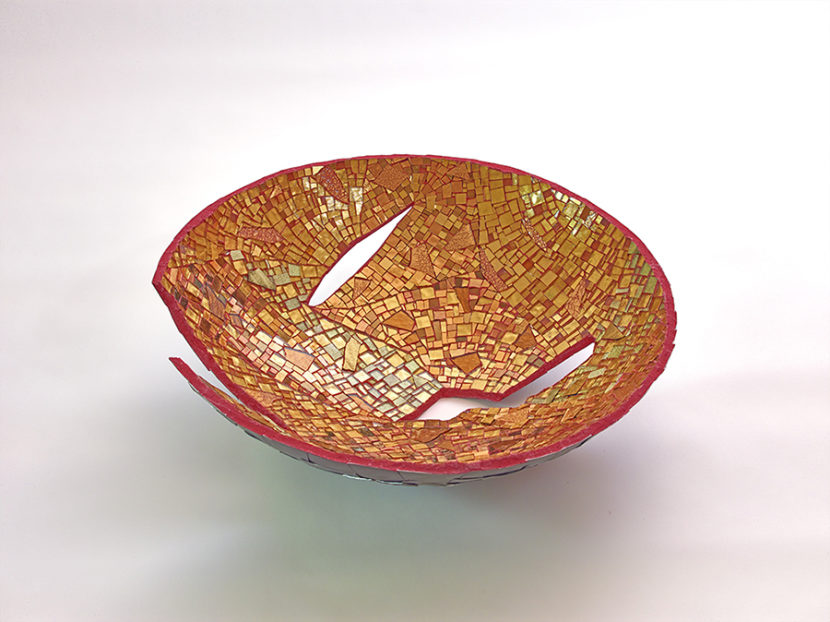 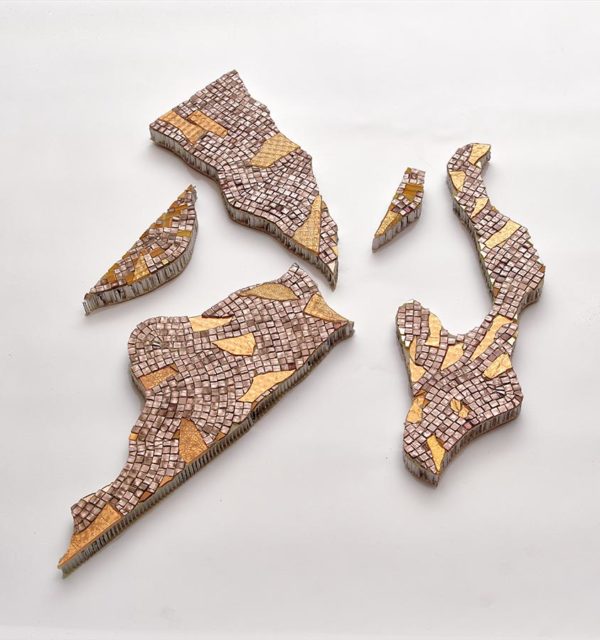 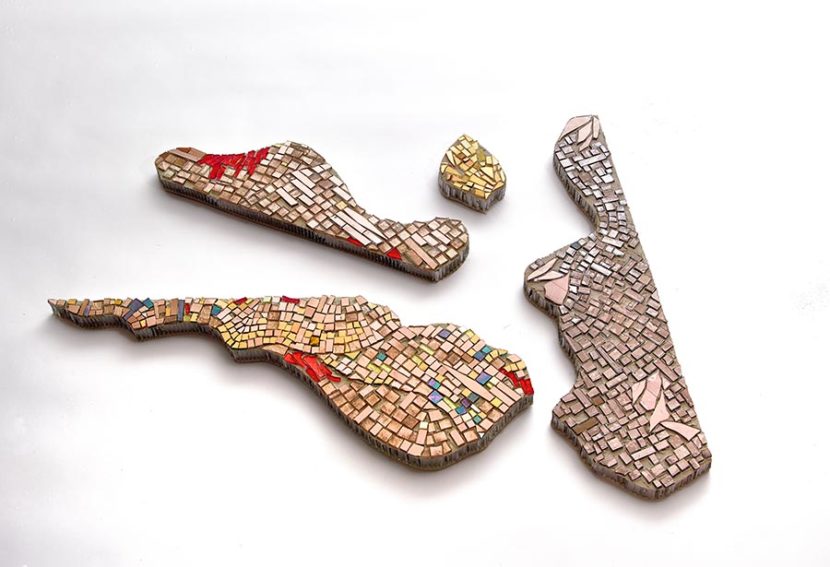